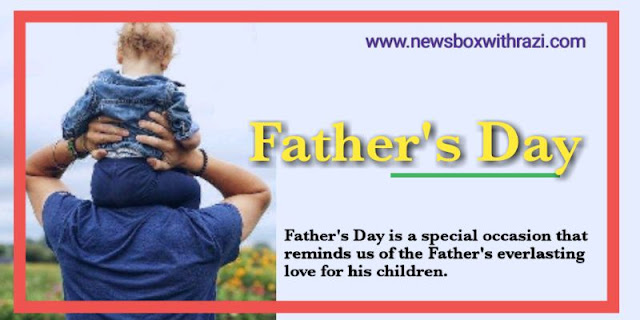 The Beginning of Father's Day

Father's Day is a day that highlights the social relationships of parents. Nothing can be said with certainty about when Father's Day began.

According to one estimate, its earliest traces are found in Europe. It was probably first celebrated in Europe in 1508 as a traditional celebration

In the history of Europe, it has been celebrated on March 19 every year since the Middle Ages in Catholic countries as St. Joseph's Day.

While in the United States this Father's Day was founded by (Sonora Smart Dodd), And who first celebrated this festival on the third Sunday of June in 1910 across the country.


There is a story in American history that on December 6, 1907, an accident at a coal mine in West Virginia, killed 210 people. The 210 people killed were the children's fathers. A special day was dedicated to the father in honor of these fathers.

In most countries of the world, it is celebrated every year from March to June on many different days and dates. While the date may vary from country to country, this day is widely celebrated on the third Sunday in June.

This year the festival was celebrated in June 2020, which was not as enthusiastic as before. Because the corona virus epidemic has engulfed the entire world.

Because of this, the festival was celebrated with great simplicity this year.

As the name suggests, Father's Day is a special occasion that reminds us of the Father's everlasting love for his children.

The father is the only living person in the world, He spends all his life and energy raising his children and giving them a prominent place in society.

From holding a newborn baby to a finger to building a strong pillar of society, the father's tireless work continues. This is the selfless love that no one can give to anyone except his father. 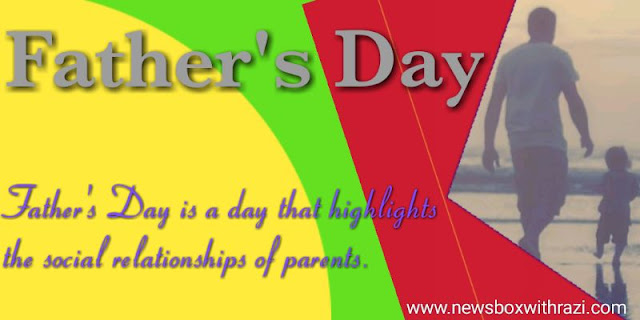 The Purpose of Father's Day

The purpose of Father's Day is to pay tribute to these parents, Her efforts and support for her children continue till her death. He does not receive any price from his children.

Rich or poor, every father tries to fulfill the desires and needs of his children beyond his means.

A rich father has the resources to fulfill these desires and needs at all times, But how does a poor father meet these needs? He knows best.

These are all characteristics of people who are considered good parents in society. Every human being who has the love of his children in his heart,

He works hard for the happiness and future of his children So that her children do not have to face misery, suffering, and poverty.

On this day, all the children recognize these blessings of their father and celebrate this day in his honor.

Father's Day and its Role in Society

Parents are God's most beautiful and rare gift for their children. Those whose parents are with them are the luckiest people in the world.

Every child in the world needs their parents because they depend on their parents for their necessities like food, clothing, shelter, and medicine.

Parents accompany him on the journey from childhood to adolescence. By the time the child is young, parents are beginning to touch the threshold of old age.

At this time, children need to take care of their mothers and fathers in the same way as they did in their childhood. 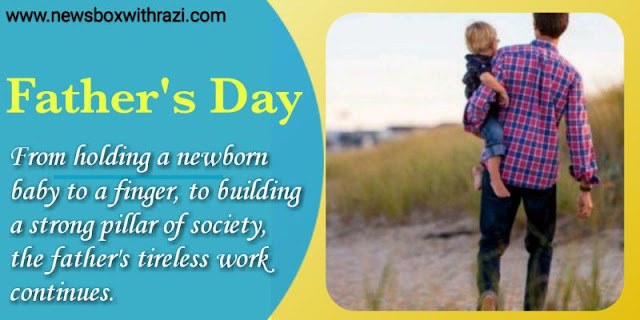 Father's Day is not just a day to celebrate and cut a cake, Instead, share your feelings with your parents as they did with you as a child.

In old age, parents need your attention just as much as you did when you were a child, So find a place in your heart instead of looking for a place in the (old home) for your parents in old age.

May your parents always be safe.

Please encourage me by commenting in the comments box on how you like our article, I look forward to hearing from you.

Newsboxwithazi is sharing some important articles with you, so that you can read, understand and benefit from them as well as share them with your family and friends.