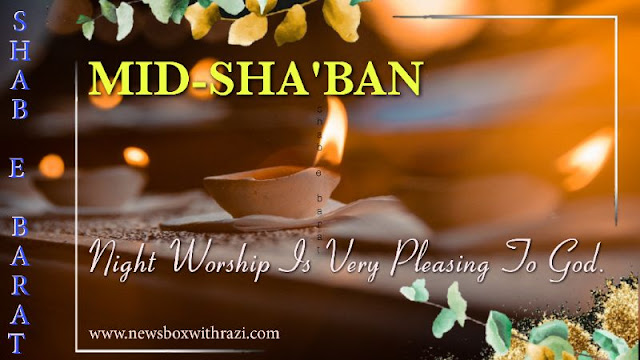 Islam is such a religion, In which men and women are working day and night, For example, eating, drinking, sleeping, serving parents and raising children, and all other work that is done in a Valid and Halal way, are all given the status of worship.
Night worship is of special importance in Islamic worship Because at that time man wants to get a good night's sleep after working hard all day So that he can get up in the morning and work hard again, and provide food, clothing, and other necessities for himself and his family.
If a person spends some time in worship instead of sleeping all night, So this short-term worship benefits him twice as much as the whole day's worship, Because night worship is very pleasing to God.
Shab-Barat is considered a special night of the Islamic month. Which is the night between the 14th and 15th of the Islamic month of Sha'ban.
Which is the eighth month of the year according to the Islamic calendar.
This year Shab Barat will start on the evening of March 28 and will end on the morning of March 29 after sunrise.
A few special prayers and supplications are offered on this night, and there are also lights and colorful lights throughout the night.
Also, a variety of dishes are cooked at night.
On this night, children and youth compete in setting off firecrackers and also displaying fireworks.
While women and children wear new clothes at home, Neighbors and relatives are sent as gifts for this night's dessert.
This night is very popular all over Asia and in some countries of the world and it is celebrated here with great enthusiasm.
While in the Gulf and Arab countries, including Saudi Arabia, where Islam has spread all over the world, there is no concept of it.
In Asia, its tradition is very old. And have been celebrating it for centuries.
Asian scholars attribute this to a hadith from the Prophet(peace and blessings of Allah be upon him)
In which the Prophet (peace and blessings of Allah be upon him) used to stay in the house of Aisha.
In the middle of the night, an inkling opens the eyes of Hazrat Aisha. She sees the Prophet walking out of the house. 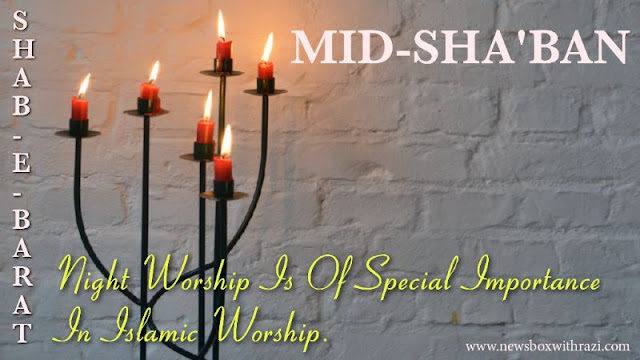 They think that the Prophet may be going to another wife's house. She follows them. Upon reaching junnat e baqhi cemetery, the Prophet (peace and blessings of Allah be upon him) looks back And ask Aisha.
O Aisha, have I ever done injustice to you? Aisha said, "O Messenger of Allah, understand that you are probably going to another wife's house."
But you have come to the cemetery, why is it coming that night? Messenger of Allah said that on that night Allah forgives sinners even more than the number of goats in the bnu- club.
Hazrat Ayesha said that I did not remember well what night it was in Sha'ban. It was probably the middle of the month in Shaban.
According to this Hadith, Muslims go to the cemetery at night. And pray for our dead family.
The Prophet (peace and blessings of Allah be upon him) went to the cemetery only one night this month in his life. There is no other Hadith other than this.
Another hadith is attributed to this night. The Prophet (peace and blessings of Allah be upon him) said: On that night the deeds of all human beings are presented to Allah.
It records the destiny and decision of his life. And I want to be fasting when my name is presented to God. All the Muslim scholars of the world agree.
Decisions of man's deeds, his life and death, sustenance, health, and offspring are decided on the night that falls in the last ten dates of Ramadan.
This is called the night of Layla-ul-Qadr and may be one of the last ten nights of Ramadan. While this is confirmed by one of the verses of the Quran.
But the scholars of Asia have attributed these two hadiths to that night, and that night is quite credible. Even if we assume the importance of that night.
But Asian scholars have attributed these two hadiths to this night, and for that reason, this night has been made quite credible.

Besides that,
However, some preachers believe that God saved Noah's ark from the flood that night and rested it on Mount Jodi.
If we accept all these things as true and consider this night as reliable.
Even then, there is no evidence for night lights and firecrackers. 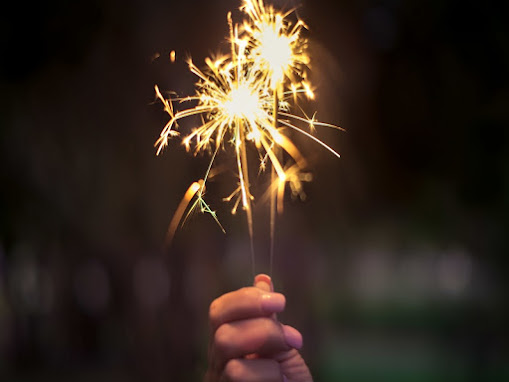 Therefore, all of you Muslims should consider this night as all other nights.
Worship at some time this night as well as all the nights of the year, Pray, recite the Qur'an, and keep repenting for all the sins that have been committed so far.
RELATED POST
100 Best Christmas Wishes Father's Day Mother's Day  What is Eid-ul-Adha 50+Eid Mubarak What Happens When 15 Million Balloons Flown Air Best Holi Messages Holi Festival 2020 Mid-Sha'ban Shab E Barat The Real Story of  Valentines Day  what is Christmas