Listening is more important than speaking 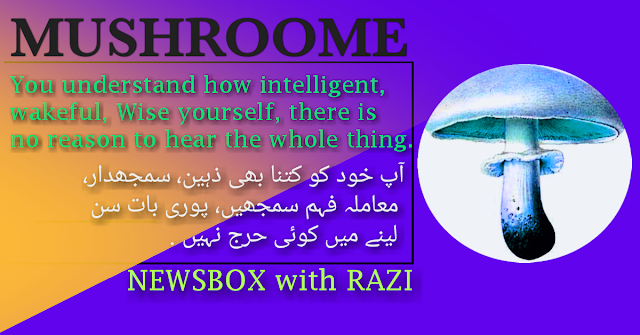 Listening is more important than speaking


Today was Mr. Thomas's 20th wedding anniversary and to celebrate, his wife invited all her relatives to dinner at home at night and they planned to include their pizza at dinner.

But it was difficult to make pizza But the most important ingredient in pizza has mushroomed which were not present. She had brought all items in pizza needed but forgot to bring the mushrooms.

She also lived in a town far from the city where there were no supermarkets or shopping malls. They went to nearby small shops but they did not have mushrooms.


She expressed her concern to her husband, who was watching a football match in the TV lounge.

The husband listened to his wife's problem and spoke without taking his eyes off the TV. "I'm not going to town at the moment." You see how thrilling the match is.

The woman said to her husband, "Please go to the city and get some mushrooms." You can even see the recording of the match.

The husband said that even if mushrooms are not added to the pizza, it becomes pizza. Don't disturb me. I will not go anywhere without watching this match. It is more fun to watch a live match than to watch a recording.

And if you want to use mushrooms, there are some mushrooms in the backyard after the rain. Break them up and put them on your pizza. Your pizza will be done.


"You know, mushrooms grown in bushes are often poisonous," she said. I do not want to harm my guests.

If someone gets food poisoning, think how embarrassing we would be. I will never use wild mushrooms.

"Everyone at your party is getting married," Thomas said. These people have a habit of talking and listening to poison. I am sure that even poisonous mushrooms will not have any effect on them.

When the woman saw that her words had no effect on her husband, she was forced to pick wild mushrooms. They washed the wild mushrooms very well and put some of the mushrooms in front of their dog Tommy first.

She wanted to see Tommy's reaction so that if he felt any discomfort, she would call a vet immediately to get Tommy checked up. Tommy ate all the mushrooms he had given him and started playing happily.

The woman watched his movements for hours and when she was well satisfied that the wild mushroom did not affect his.


Then the lady started making pizza and once again washed well and put the mushrooms in the pizza and salad.

The feast was wonderful. All the guests liked the food and pizza. The lady packed all the utensils in the kitchen and then she started making hot coffee for the guests.

Suddenly his daughter came running into the kitchen and said; "Mommy, our Tommy (dog) is dead. "The woman's anxiety had suddenly increased and she was feeling embarrassed

What if something happened to one of the guests? ... He did not dare to think beyond that. She didn't think it necessary to look at the dead Tommy (dog) and pretended to be a sensible woman.

He immediately called the nearest hospital and told the doctor the whole story. He also mentioned the death of the dog.


The doctor said; Since the food has just been eaten. Therefore, the treatment will be done easily. It would have been difficult if it had been delayed. All people who have eaten mushroom pizza will have to suffer from anemia and stomach cleansing.

The woman also forbade her daughter to tell anyone about the dog's death. Shortly afterward, the hospital's medical staff arrived at the woman's home and told everyone about the urgency of the situation.

After that, the stomachs of all the guests were cleaned. The woman was very embarrassed and she was standing in a corner watching the whole process.

Maybe she was cursing herself. If they don't make pizza from poisonous mushrooms, So all the guests would not have to suffer today.

When the medical staff left at three o'clock in the morning, all the guests were lying in the living room.

When the woman came to her room, her daughter was already in the room. Her eyes were swollen from crying.

He didn't even eat to mourn Tommy's death. Because she hadn't eaten mushroom pizza, she had survived the ordeal.

After coming to the woman's room, she came and sat beside her and put her head on her mother's shoulder, and spoke.

"Mother, How cruel people are! " The driver who crushed the Tommy under his car. He didn't stop for a second to look at the dead Tommy.

What a stony-heart man he was. Hi, my Tommy. The woman surprised my daughter and asked him!

Tell me, how did Tommy die? The daughter said mother, Tommy was playing with me with a ball, At one of my hits, the ball went out into the street.

Tommy was out on the street picking her up when suddenly a speeding car came into the street and crushed her.

This time the woman was feeling surprised as well as remorseful. Until recently, she thought mushrooms were the cause of the dog's death.

If she had known the real cause of the dog's death, her guests and herself would not have suffered so much.

No matter how intelligent, sensible, understanding you are, there is nothing wrong with listening to the whole thing.

Newsboxwithazi is sharing some important articles with you, so that you can read, understand and benefit from them as well as share them with your family and friends.